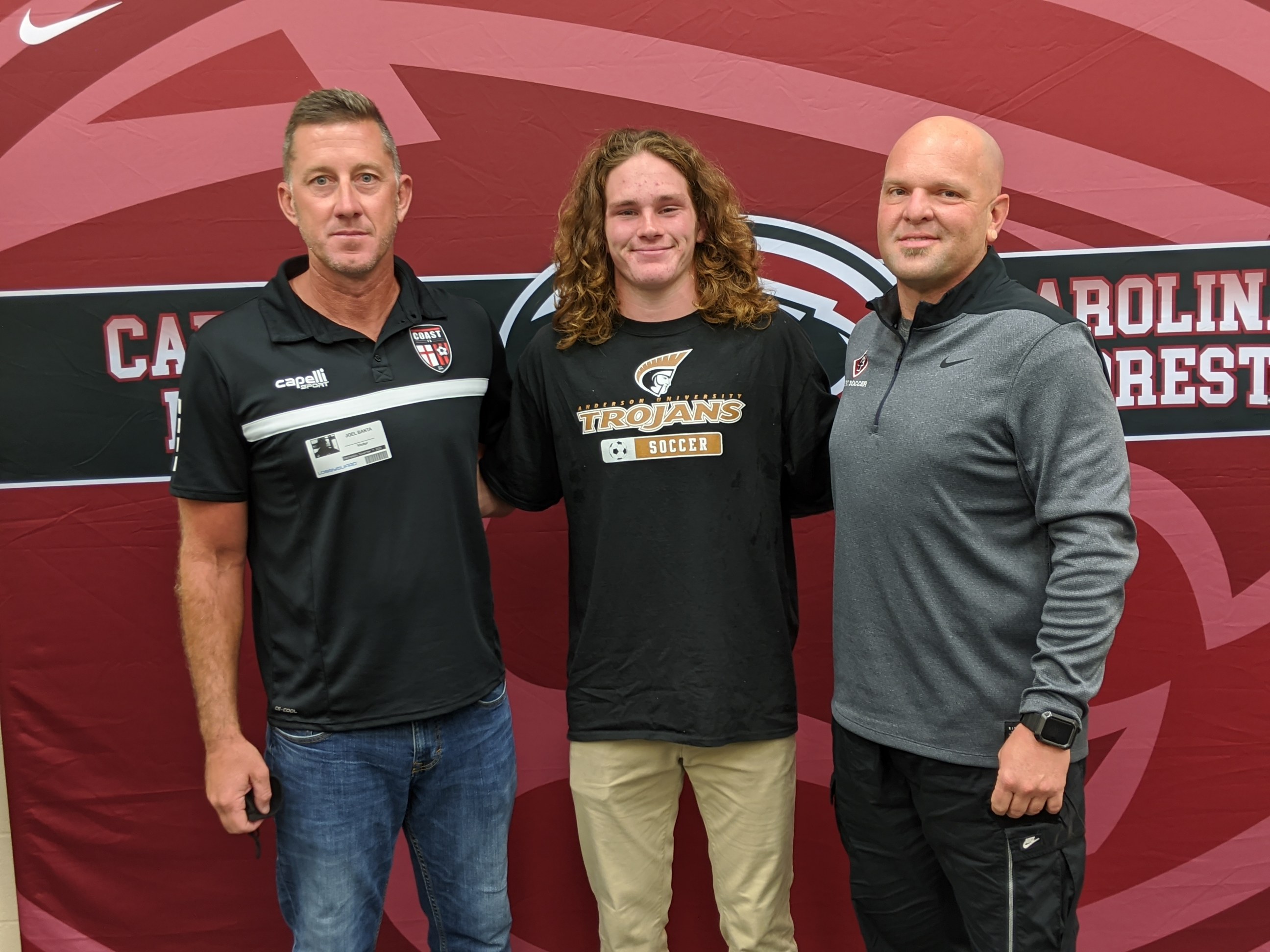 Amos Uber’s long youth career at Coast FA had a happy ending today as he signed his letter of commitment to play soccer for Anderson University. Amos was a rock solid presence as the keeper for the defending State Cup champion Coast 02 Red Premier team and also the Hammerhead ECNL squad. In the spring season, Amos also suits up for the Carolina Forest Panthers to play high school soccer. Once arriving in Anderson next fall Amos will join a Trojans side that finished 12-6-1 last season and dropped the D2 South Atlantic Conference final 0-1 in a heartbreaker.

“I had the pleasure of coaching Amos multiple seasons here at Coast. His dedication to get better at matches, training and especially on his own time has been amazing to see. I am looking forward to following his career not only on the soccer field but in his academics and life. Congratulations go to him and his family for all that they have achieved so far ” said Coach Joel Banta. Coast FA Director of Coaching Ross Morgan added “We are very proud that Amos is continuing his soccer journey into the collegiate ranks. He has always been a very dedicated and coachable player. His determination and courage to overcome a serious and potentially career ending injury has been inspiring. ”

“ Going to Anderson University to play soccer is a dream come true. I could not have gotten to where I am today without the support and training that has been provided to me over the past eight years at Coast . My coaches have pushed me to be a better player and more importantly a better person “ said Amos.